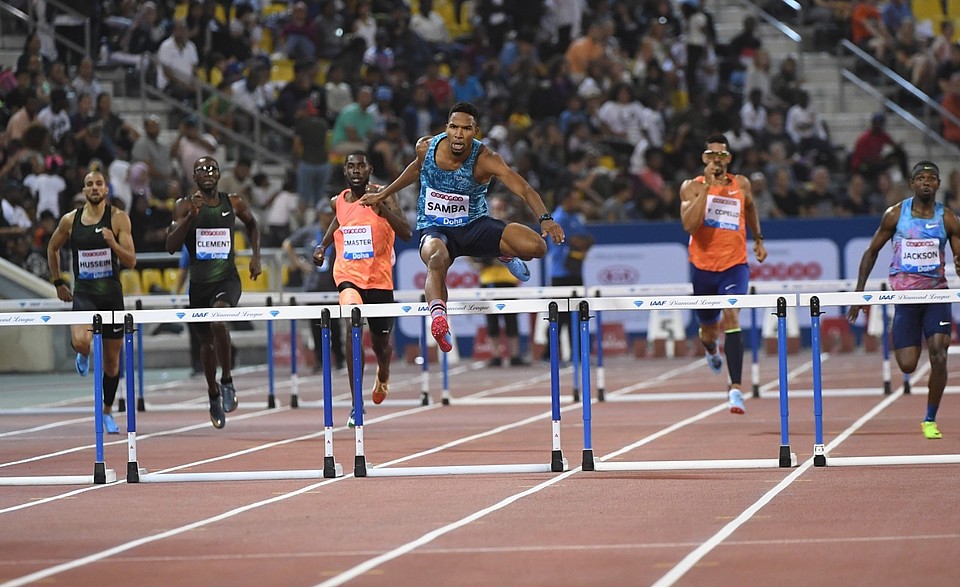 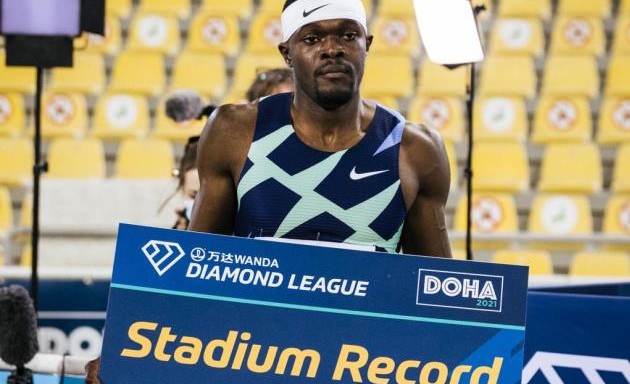 In their first meeting since the historic Olympic final in August 2021, Olympic and world 400m hurdles silver medallist Rai Benjamin (USA) and Qatar’s World Championships bronze medallist Abderrahman Samba will line up in the 400m hurdles at the Wanda Diamond League Doha on Friday 13 May.

24-year-old Benjamin, an Olympic and world 4 x 400m relay gold medallist, finished runner-up to Norwegian superstar Karsten Warholm in Tokyo. In an incredible race, his time of 46.17 - an American national record - was inside the previous world record which Warholm obliterated when winning gold (45.94). He opened his season with a third-place finish over 200m (20.01) at the USATF Golden Games, a World Athletics Continental Tour Gold Series meeting, on 16 April.

“This is a huge year for me with the World Champs in Eugene,” said Benjamin, who has won US National and NCAA titles at the famous Hayward Field. “It was a privilege to be part of the Olympic final. It made me realise how much I’ve already accomplished in my career, but how much hard work is in front of me in chasing my dreams. I opened up with a good 200m at Mt SAC, but I can’t wait to get my season fully underway in Doha and keep moving this event forward.”

Samba has been at the vanguard of progression in the men’s 400m hurdles. The 26-year-old was the second athlete behind America’s former world record holder Kevin Young to run under 47 seconds when he clocked a lifetime best and Qatari national record of 46.98 in 2018. He ran a season’s best (47.12) to finish fifth in Tokyo.

“The World Championships is my priority this year, and after finishing fifth at the Olympics I’m motivated to get back onto the podium,” said reigning Asian Games champion Samba, who will open his season over 400m hurdles in front of a home crowd in Doha. “I’m healthy and I’ve been training consistently over the winter, so things are going well right now and I’m excited to race.”

Olympic bronze medallist Alison Dos Santos (BRA), the Brazilian national record holder with a best of 46.72 achieved in the Tokyo final, will join Benjamin and Samba in the Qatari capital. The South American and Pan Am Games champion, seventh in the World Championships final in Doha in 2019, has already shown impressive form this season, clocking a lifetime best over 400m (44.54) at the USATF Golden Games.