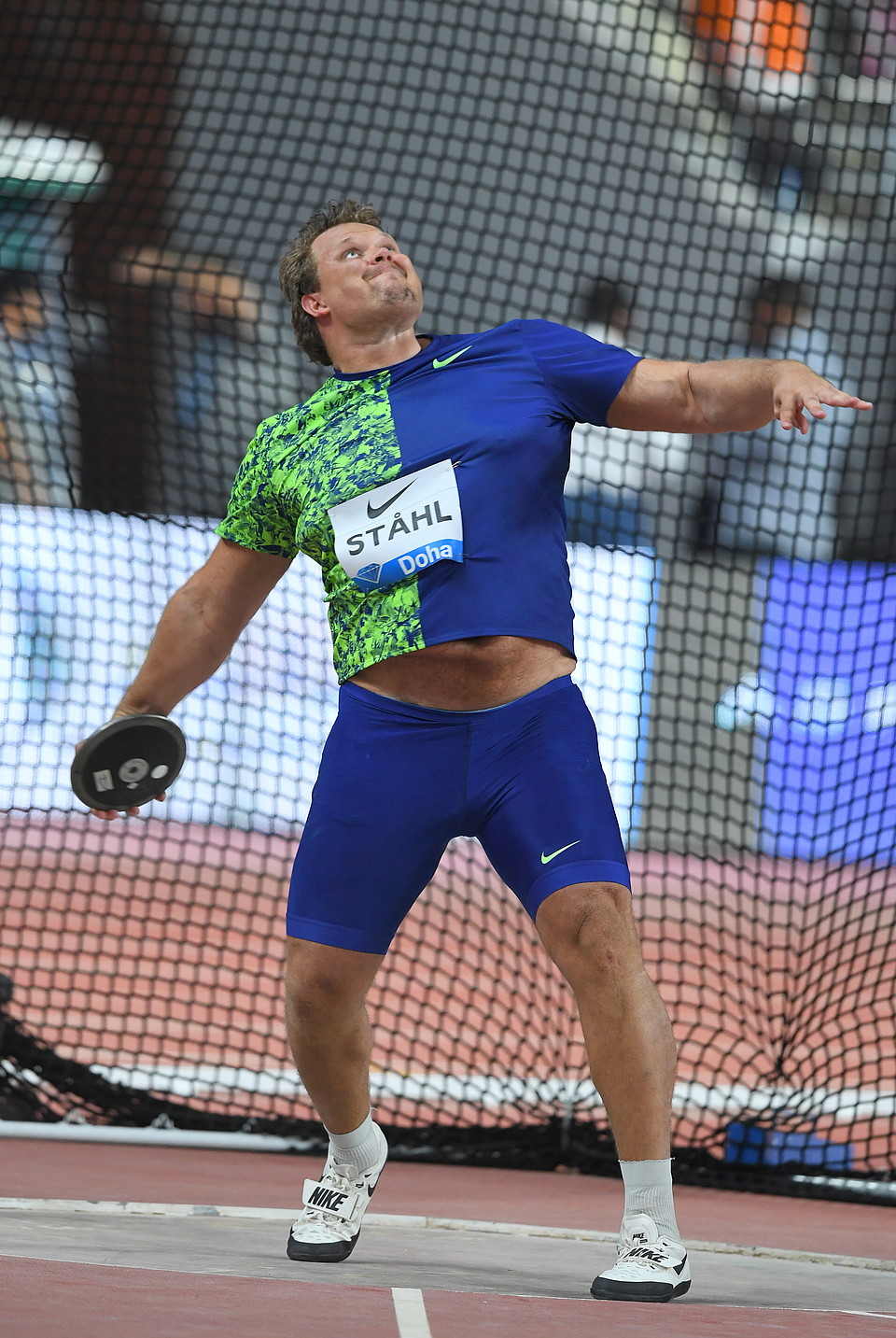 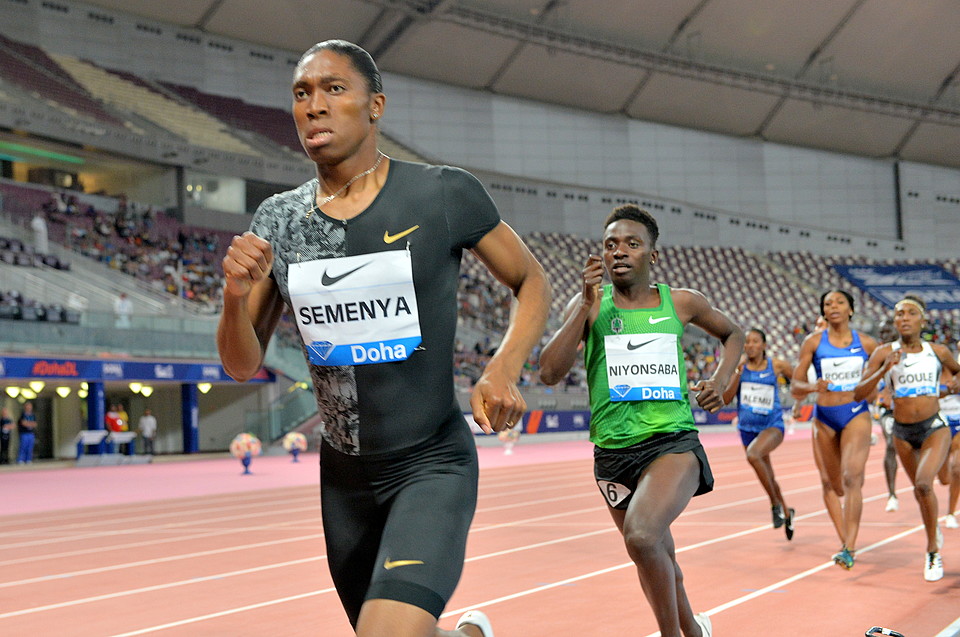 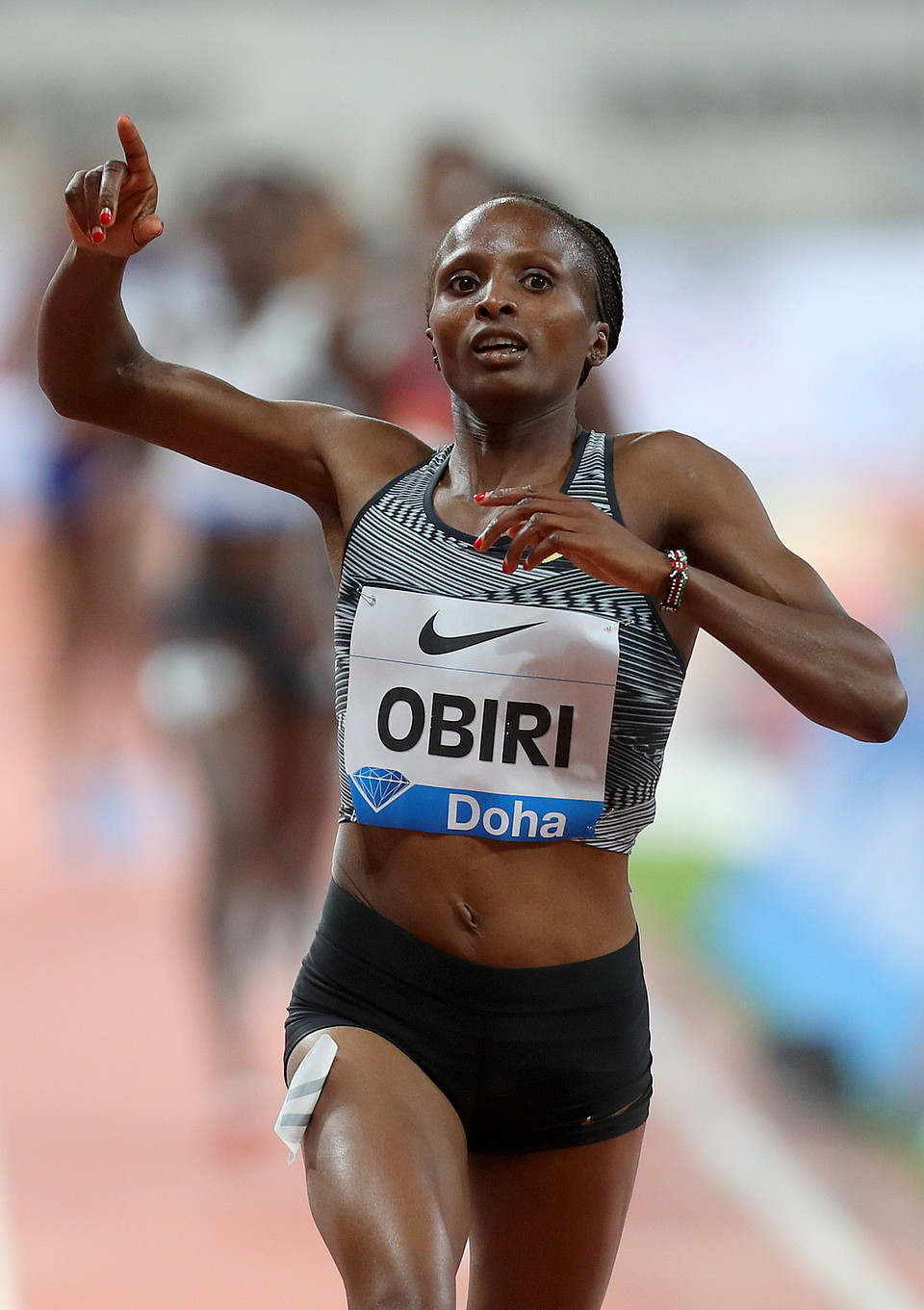 Doha: History was once again made at the season opening Doha Diamond League on Friday with Sweden's Daniel Stahl becoming the first man to produce six discuss throws beyond 69.50m in a single competition while South Africa’s Caster Semenya set a new meet record with her 1:54.98 win in the 800m.

Overall, the competition, held at the impressive Khalifa International Stadium, was quite productive and thrilling as there were eight world lead performances, with three of them also fetching new meet marks and one ending into a DLR.

The event was attended by HE Sheikh Joaan bin Hamad Al Thani, President of the Qatar Olympic Committee (QOC), who honored the first Secretary General of the Qatar Athletics Federation Saad Lamloum Al Mesaifri, in recognition of his efforts towards the sport from 1984 to 1996.

In an apparent hint of what was to be expected on the night, Stahl’s first throw was in itself a record breaker. The Swedish threw 69.63m to break the meeting record set by Virgilijus Alekna in 2006 before following it up with of 70.49m and 70.56m, his farthest of the night.

"I've been working a lot on my technique and training hard in the gym so I expected this," said the world and European silver medallist. "It was a great atmosphere."

Lukas Weisshaidinger was second with 66.90m with Ehsan Hadadi of Iran, who took the Asian title at the same venue two weeks ago emerged third with 66.78m.

Two-time Olympic gold medalist Semenya, who was the cynosure of all eyes on the night with the buzz surrounding her after the recent ruling on her medical condition at the Court of Arbitration for Sport two days ago, did not disappoint as she bossed the women’s 800m race, winning the race in 1:54.98 to beat her own 2017 meet record.

“The race was fantastic…I opened (the season) with 1:54 which is great. We don’t know yet what is next. The plan is to go back home and train as hard as I can so that I can break 1:54,” she said.

Semenya’s victory could be her last over 800m before new IAAF rules governing testosterone levels come into operation on May 8.

In the men's 800m, Qatari hope Addalla Abubaker Haydar put in an impressive performance but had to settle for a fourth-place finish. Haydar, who won gold in the Asian Championship at the same venue 11 days back, was in contention till his final stride and was only beaten to the bronze by a lunge to the tape from USA's Donavan Brazier.

Qatar’s other representative on the night Jaber Al Mamari and Owaab Ba, who were participating in the competition for the first time, finished eighth and ninth consecutively in the men’s 200m race which was won by world champion Ramil Guliyev in 19.99.

“It’s a good feeling competing against the big guys. I had a good run and I enjoyed the race. I’m happy I participated,” Mamari said, echoing the feelings of Ba, who also was competing on such a big stage for the first time.

In the women's 200m, Britain's Dina Asher-Smith’s performance was especially dominant. Out well from the blocks, the double European champion powered to her lead quickly to enter the straight well clear of the chase pack. She eventually crossed the line in 22.26, by far the quickest debut of her still budding career.

“I didn't know what to expect in my first race of the season but I ran faster than I thought I would so I'm really happy,” the Briton said. “I ran a good race technically and this is a beautiful arena, I'm so glad I came here.”

Jamile Samuel of The Netherlands was a distant second clocking 22.90.

In other events, shot put’s world leader Ryan Crouser prevailed in a tight battle with world champion Tom Walsh. After a modest 20.06m effort in the opening round, Crouser unleashed a 22.13m toss in the second, a mark that held out for the win.

Hosting a field of seven men who have thrown 22 metres or better, the assemblage of talent in the men's shot put was the deepest of the evening.

Unlike Walsh, Caterine Ibarguen, the 2018 Athlete of the Year and double Diamond Trophy winner, did manage to pick up where she left off last season, taking a victory in the long jump by two centimetres.

Brooke Stratton of Australia took command with a 6.73m leap in round two, but was overtaken in the fifth round when the competition sprung to life. Ibarguen reached 6.76m to take the lead and seal the win ahead of Ukraine's Maryna Bekh-Romanchuk, the runner-up at last year's European Championships, who leaped 6.74m.

"It was a good series of jumps but three fouls is not great," the Colombian said. She's hoping to remedy that in her next competition, which is set for Rome.

World champion Sam Kendricks drew first blood in the men's pole vault wars, taking the victory with a second-attempt clearance at 5.80m. Olympic champion Thiago Braz was second at 5.71m, his best outdoor leap since the season of his Rio triumph. Japan's Seito Yamamoto was third at 5.61m.

"For some strange reason we all had issues out there so it was an odd one," said Kendricks, who equalled his outdoor season's best.

Yaroslava Mahuchikh topped a lifetime best of 1.96m in the high jump to become, at 17 years and 226 days, the youngest woman to win a Diamond League event. The Ukrainian teenager topped the winning height on her second attempt to add a centimetre to her previous best. In what turned out to be a low-key competition, Mirela Demireva, Erika Kinsey and Ana Simic tied for second at 1.91m.

Other top performers are Morocco's Soufiane El Bakkali in the men's 300m steeplechase, Kenya's Hellen Obiri in women's 3000m and Dalilah Muhammad who got her season off to a solid start with a convincing victory in the 400m hurdles, winning by more than a second in 53.61, a meeting record and the fastest season’s debut of her career.

For the 10th consecutive year, the Doha meeting is the season-opener for the IAAF Diamond League, a series of the 14 finest one-day athletics competitions and with it, the season-long chase for a slice of the $8 million Diamond League prize pot.

Athletes earn points in the first 12 stops to earn qualification for the two final winner-takes-all meetings to be held in Zurich (29 Aug) and Brussels (6 Sep).