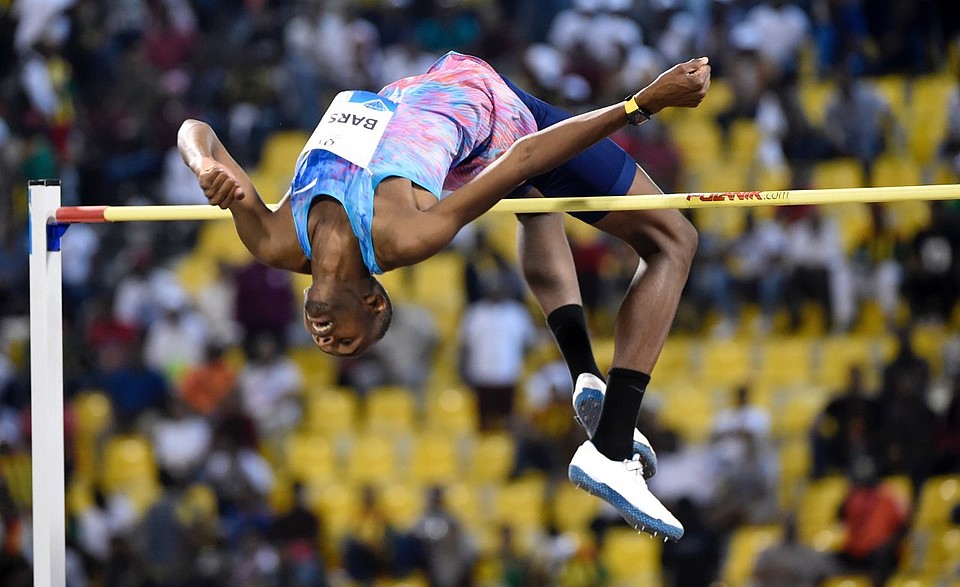 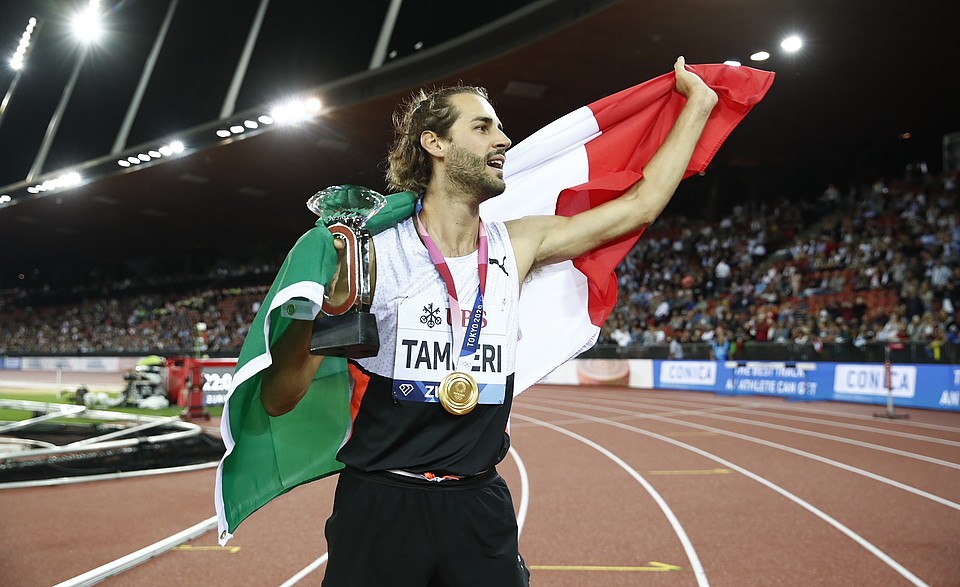 Gianmarco TAMBERI from Italy celebrates after winning the high jump men final at the Diamond League track and field meeting in Zurich on September 9, 2021.

Joint Olympic high jump champions Mutaz Barshim (QAT) and Gianmarco Tamberi (ITA) – who shared one of the greatest sporting moments of all time when they topped the podium in Tokyo – will reunite in competition at the Doha Diamond League on Friday 13 May, the opening meeting of the 2022 Wanda Diamond League series.

The pair, long-standing friends and rivals, have supported one another through the best and worst of times, not least when enduring career-threatening injuries in the years prior to their famous Olympic victory.

Double world champion Barshim was outstanding when winning global gold in Doha in 2019 to become the first man to successfully defend a world high jump title. Remarkably, it followed a devastating ankle injury in 2018. Twice an Olympic silver medallist (2012 and 2016), he is the Qatari national record holder with a best of 2.43m, the second highest jump of all time.

“We made history with our Olympic gold, but my focus is now entirely on defending my world title in Eugene later this summer,” said the 30-year-old. “In Tokyo, three athletes cleared 2.37m for the first time ever which shows that the men’s high jump is currently at a very high standard. We must all continue to work hard if we’re to push the boundaries of our sport. My training has been going good and I’m looking forward to competing again.”

29-year-old Tamberi, the former World Indoor and European Championships gold medallist, is the Italian national record holder with a best of 2.39m. He was enjoying his best year ever when he suffered an horrific injury ahead of the Rio Games in 2016. His journey back to fitness was gradual and challenging, but he returned to medal-winning form with a European indoor title in Glasgow in 2019. He most recently finished third at the World Indoor Championships in Belgrade (2022).

“I celebrated the best moment of my life so far with Mutaz in Tokyo, but it’s important to move on from that and focus on the new goals I’ve set myself for the World and European Championships this summer,” said the 2021 Wanda Diamond League champion. “I made a late decision to compete at the World Indoors, so I was pleased to make the podium. I’ve been training in Qatar since the end of March, and I’ve enjoyed learning more about this great country. Every time I come here it feels like home due to my friendship with Mutaz and the warm welcome I’ve received, so it means a lot to me to open my Diamond League campaign and summer season in Doha.”