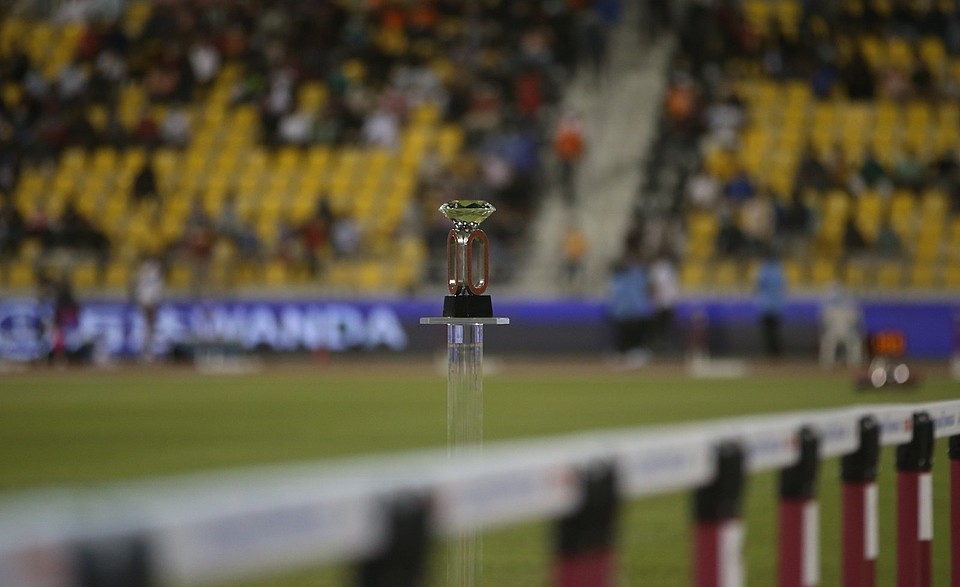 Athletes defied the odds in incredibly tough conditions to deliver five world leading performances – in addition to one of the greatest javelin competitions of all time – at the Oreedoo Doha Meeting, the opening meeting of the 2022 Wanda Diamond League series (13 May).

Unfortunately, the men’s pole vault, one of the most highly anticipated events, was cancelled due to high winds.

“There wasn’t really much of a decision other than the one that was made...it was basically impossible to jump,”Olympic pole vault champion and world record holder Mondo Duplantis (SWE) told Athletics Weekly. They try again tomorrow – this time indoors.

Benefiting from the misfortune of the pole vault, the men’s javelinwas switched at the last minute so the athletes could throw with, rather than into the wind. It was one of the best decisions of the night.

The competition got off to a stunning start when reigning world champion Anderson Peters (GRN) threw a world lead, personal best and national record of 88.96m in round one. That mark was bettered by Olympic silver medallist Jakub Vadlejch (CZE) in round four (89.87m), then bettered again by Peters who went over 90m for the first time in his career with a 90.19m effort in round five. Vadlejch hit back again with a spectacular 90.88m, his first throw over 90m, before Peters – who had saved the best for last – threw a monumental 93.07m in the final round fora new area and national record, the fifth-longest throw in history, and a mark only just outside Thomas Röhler’s 93.90m meeting record from 2017.

“I love to be here in Doha trying to get better and to be more in shape,” said 24-year-old Peters.

Vadlejch was second with a personal best of 90.88m, with Julian Weber (GER) third with 86.09m. Therewas a national record for Portugal’s Leandro Ramos in fourth with 84.78m.

World indoor champion Sanghyeok Woo (KOR) won the high jump in 2.33m – a mark which had seemed almost impossible when witnessing failures from a handful of athletes at the opening height of 2.16m.

Francine Niyonsaba (BDI) led from the gun in the women’s 3000m. The former Olympic and world 800m silver medallist is beginning to establish herself over the longer distances and set the pace for the large pack with Beatrice Chepkoech (KEN) and Jessica Hull (AUS) tucked in behind her in the early stages.

There were at least a dozen athletes together at the bell, but after Faith Kipyegon (KEN) found a gap and moved through to set up a sprint finish, Niyonsaba eventually pulled away to take the win in 8:37.70from double Olympic 1500m champion Kipyegon in second (8:38.05) and Olympic 1500m finalist Hull in third (8:40.97).

“I feel so happy and grateful,” said Niyonsaba. “I am so happy that I came and won.I worked hard to be a top athlete. I came from a small country, so this win is to inspire others.”

The men’s 400mH, which is undoubtedly becoming one of the showpiece events on the circuit - even in the absence of Olympic champion and world record holder Karsten Warholm - was exceptional.

Olympic and world 400mH silver medallist Rai Benjamin (USA) had won in Doha 12 months ago in a meeting record of 47.38, improving the previous mark set by Qatar’s World Championships bronze medallist Abderrahman Samba – who pulled out after injuring his hamstring in warm up - in 2018. Olympic bronze medallist Alison dos Santos (BRA) was second on that occasion running a personal best and national record (at the time).

Their new rivalry caught the imagination of the Doha crowd as Benjamin led off the bend before dos Santos took the lead off the final barrier, cruising to victory in a new meeting record and world leading time of 47.24, the first time he’s beaten Benjamin, and in the second-fastest time of his career after the Tokyo final.

“This is my third time here in Qatar, I love the crowd, it gives me motivation,” he said. “I feel proud. We prepared welland we started the season fast and I’m always trying to improve and be better. My goal for the World Championship is to work so hard and become faster.”

The men’s 3000mSC was always going to be a classy affair with the return of Olympic podium trio Soufiane El Bakkali (MAR), Lamecha Girma (ETH) and Benjamin Kigen (KEN) within an overall strong field.

When the pacemaker came out, four athletes were well clear – Girma, El Bakkali, Abraham Kibiwot (KEN) and Hillary Bor (USA). The pace slowed substantially with two laps to go and although El Bakkali made a move at the bell it wasn’t decisive. Girma continued to challenge for the lead and after El Bakkali appeared to lose momentum over the final barrier it looked like he’d lost it, but the champion held on to win with8:09.66 to Girma’s 8:09.67. Kibiwot was a distant third in 8:16.40.

“I’m so happy to win the first round of the Diamond League, and I’m so happy that I managed to win in the last lap,” said El Bakkali.

Outside of the world leading performances, the 200m races produced fast times in both the men’s and women’s events.

“I was nervous, but I feel great now,” said 25-year-old Harvard graduate Thomas after her win. “It is such a great feeling to play here with the crowd, it gives me good energy, and it is beautiful to be here in Doha.”

Olympic bronze medallist Noah Lyles appeared to have run a meeting record in the loaded men’s 200m, clocking 19.72 for victory, but it was wind assisted (+2.1m/s).

Lyles had got off to a good start, but Fred Kerley (USA) - Olympic 100m silver medallist - ran a good bend resulting in a two-way battle in the latter stages. Kerley looked strong in finishing second in 19.75, with Jereem Richards (TTO)andOlympic 200m champion Andre De Grasse (CAN) given the same time of 20.15 in third and fourth respectively.

“I perform better under pressure, the crowd makes me excited,” said Lyles. “Actually, I feel good and satisfied about my position right now. My plan for the World Championship is to win, to always win.”