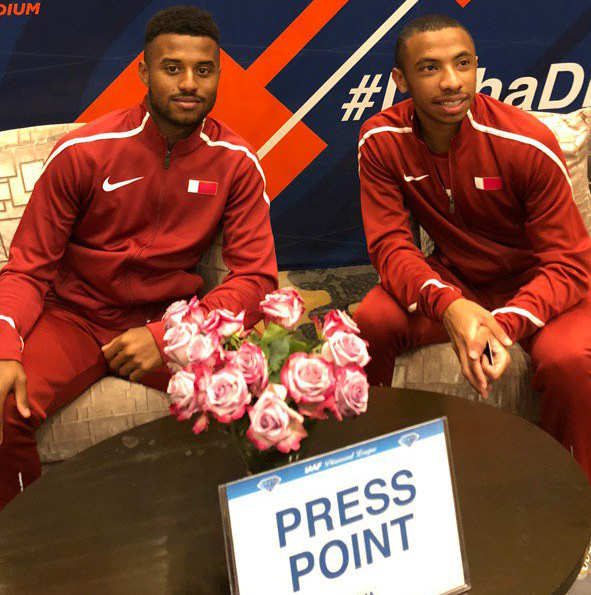 Despite competing on the international senior stage for the first time, Qatari representatives Jaber Al Mamari and Owaab Ba are unfazed by the strength of the 200m field they will be up against at the 2019 IAAF Doha Diamond League in the impressive Khalifa International Stadium on Friday, May 3.

“I count it a privilege competing in the home stadium and I am ready to push myself and achieve the best result possible on Friday," Ba, who won the gold medal in 110m hurdles at last year’s Youth Olympics in Buenos Aires said.

"It is good to be part of the competition and I believe the experience is quite necessary for the advancement of my career. I am not afraid of challenges and I will simply be myself and do my stuff on Friday,”

The Qatari who started out as a footballer before venturing into athletics will, alongside his compatriot Mamari, be up against an elite field comprising of stars like reigning 200m world champion, Ramil Guliyev and Nethaneel MItchell-Blake, a 4X100m relay world champion.

“I’ve had very strong support starting out in my career especially from the Aspire Academy and it’s been great all this while. I’ve been privileged to compete in Europe, Australia and of course - the Youth Olympics in Argentina is one of the major highlights of my career,” he said.

The 18 year-old hopes to make the cut for the IAAF World Championships in September, especially considering the importance of the event to every Qatari athlete.

“My major aim at the moment is to be part of the IAAF World Championships and I hope I will achieve that. I believe the competition will be one of the best ever and all attendees are assured of the best of hospitality and exciting times in Doha,” he added.

For Mamari, competing against the “big guys” is a great privilege and he hopes to be able to get helpful tips and techniques from them.

“Everyone passes through this stage at one point or the other in life and I think it is awesome sharing the same track with the top athletes. I am going to ask them some questions on Friday which will be useful for me and I’m definitely going to give my best and who knows, a miracle can happen,” he said.