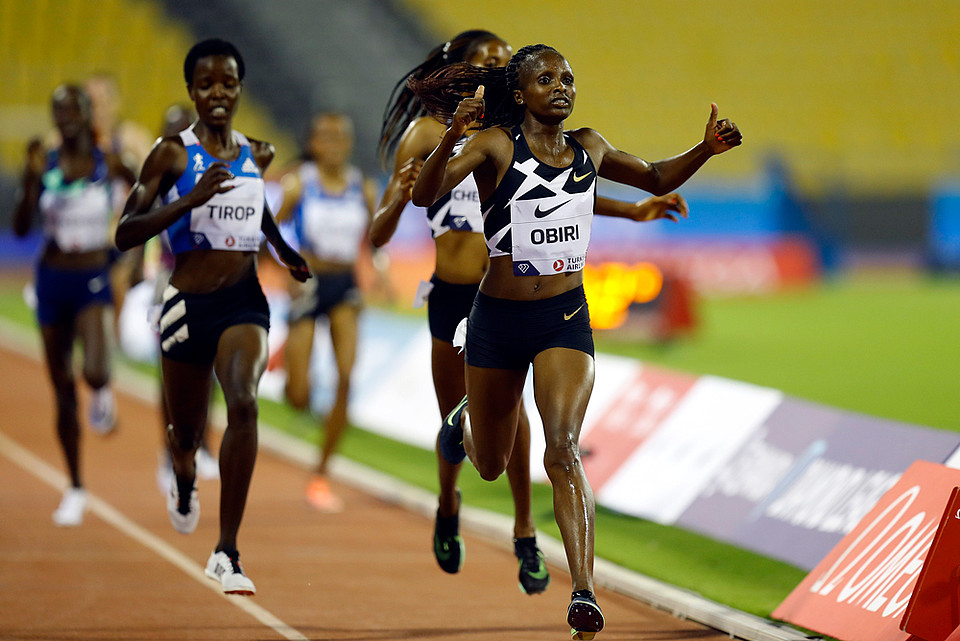 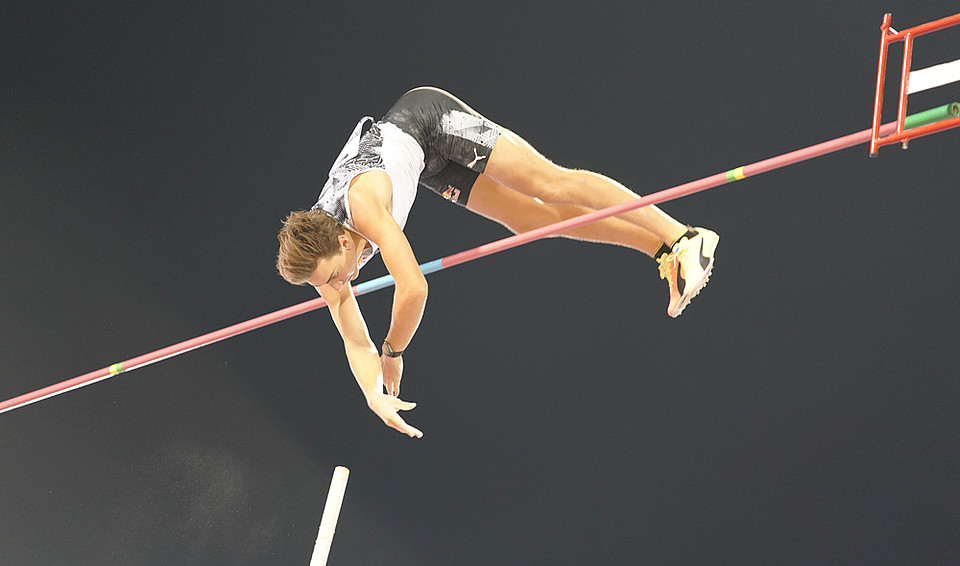 The Wanda Diamond League season ended on a thrilling note in the place where it was supposed to start, Doha, with two world lead performances among the eight records set, as seven women finished inside 8:27 in 3000m for the first time in history, at the Qatar Sports Club on Friday, September 25.

Three-time world champion Hellen Obiri and her Kenyan compatriot Faith Kipyegon set new world leads on the track at the final meeting of the abridged season with 8:22.54 and 1:57.68 in the 3000m and 800m respectively. At the same time, Swedish pole vaulter Armand 'Mondo' Duplantis jumped 5.82m to beat world champion and "friendly" rival Sam Kendricks in the last event of the night.

With the victory, the 20-year-old Swede completed a perfect season which saw him winning all of his 16 meetings of the year as well as twice breaking the world record and producing the best-ever outdoor jump of 6.15 m.

Ivory Coast's Arthur Cisse set the tone for what was to be expected for the rest of the night when he stunned the field to establish a National Record and a new Personal Best, winning the men's 200m in a time of 20.23 - almost half a second off his previous PB.

"I am happy to win here tonight. The condition is good, and the organisation of the meeting has been splendid. Breaking the National Record is something of joy for me, and I hope to be back next year, and hopefully, it will be a full stadium," Cisse said.

In the men's 400m, Qatar's representative Mohammed Nasir Abbas, despite having to prepare for just six weeks before the event, did the nation proud by emerging third in 45.96 in a race that was won by USA's Kahmari Montgomery in 45.55.

"I am happy to make Qatar proud here tonight, and I thank everyone for their support. It has been a tough season, but it is good to be back on track doing what I love to do best," said the excited Abbas

In the women's 3000m, Obiri, who considers Doha as her second home, ran her second world-leading time this year to win a race which saw seven women dip under 8:27 – the first time in history this happened.

"Doha has become like a second home to me as I've won so many races here, including the World Championships last year. "I've been training in Doha for about a month in preparation for this event, and I believe it has helped me to get in shape and acclimatize quite well," said Obiri.

In the men's 800m race, Ferguson Rotich who made it two out of two victories for Kenya with a Season's Best. He came out top in 1:44.16, with Elliot Giles from Birmingham earning a Personal Best of 1:44.56 in the second position.

Meanwhile, Olympic 1500m Champion Faith Kipyegon made history of her own after an incredible performance that saw her win the women's 800m with a Personal Best and world-leading time of 1:57.68. The Kenyan sensation has had a successful season, having won the 1000m twice in Monaco and Brussels.

Kipyegon said that the win in Doha came as a surprise considering she didn't participate in the 800m race for three years.

Double Olympic champion Elaine Thompson-Herah was unsurprisingly a comfortable winner in the women's 100m as she replicated her last week performance in Rome on the night. The fourth-fastest woman in history powered through the line in 10.87. Multiple world medalist, Ivory Coast's Marie-Josee Ta Lou was second in 11.21, just 0.04 ahead of USA's Kayla White.

An experimental format in the women's long jump, meanwhile, helped Ukraine's Maryna Bekh-Romanchuk to a win after she produced 6.91 meters for her last effort to beat Nigeria's Ese Brume to the second place with 6.68. Sweden's Khaddi Sagnia, who had the best jump in the first five rounds of 6.85, was third with 6.55.

In the new system, the leading three after five rounds go into a "final three", the previous results are discarded, and the athlete with the best final jump wins the contest.

Australia's Stewart McSweyn, who have racked up seven races within six weeks, smashed yet another Australian national record after claiming the 1500m in Doha.

The 25-year-old Aussie led from the gun to take a commanding lead, setting a national record of 3:30.51. McSweyn also holds Australian records in the 3,000m (set just over a week ago at the Rome Diamond League) and the 10,000m.

In the women's 100m hurdles, USA's Payton Chadwick ran the second-fastest time of her career for the win in 12.78, while her compatriot Taliyah Brooks came second in a lifetime best 12.86. Those are the two fastest times this year by Americans.

Overall, the Doha meeting was in itself a testimonial to the undaunted spirit and passion for sports in Qatar considering that the event, like many other sports events, was put in disarray by the coronavirus pandemic. Originally scheduled for April 17 to open an Olympic season, the meeting was eventually postponed five months while other stops were canceled altogether.

One notable highlight of this year's event was the strict adherence to all health and safety protocols and standards to safeguard the health of all the participants.

All the athletes underwent COVID 19 test before and after the event with the results turning out to be all negative which set a remarkable outcome for the Doha meeting and indicating that sports can be practiced safely, despite the coronavirus pandemic if the necessary measures are in place.