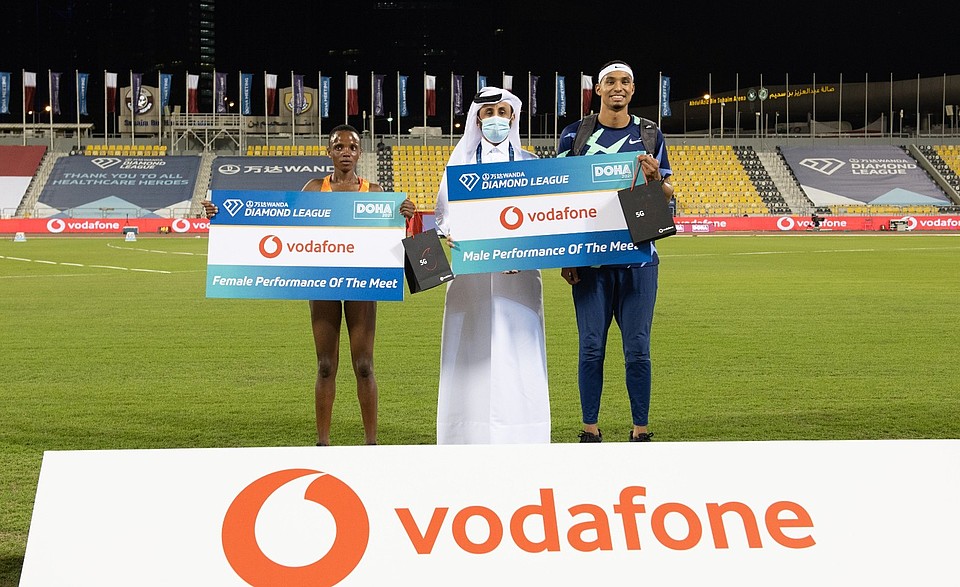 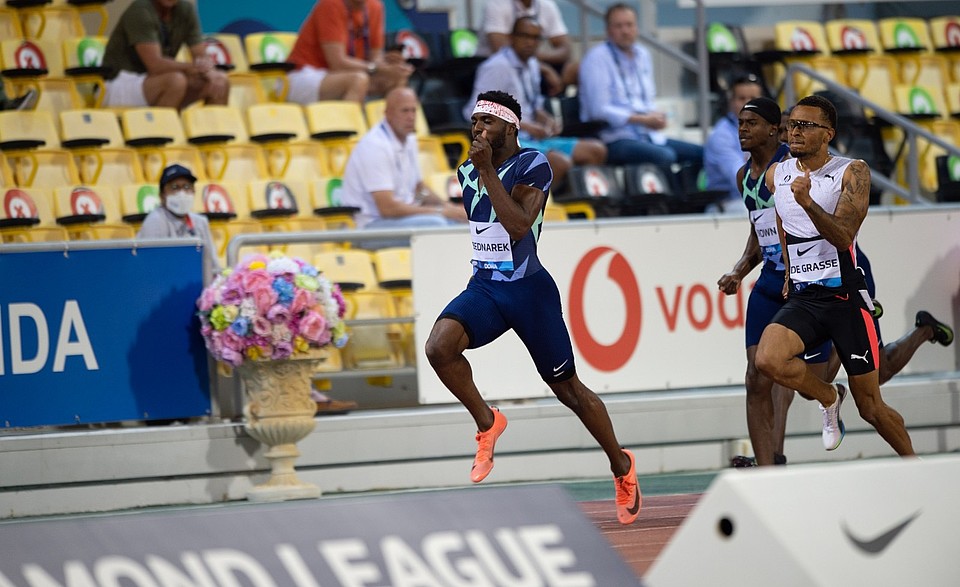 Qatar Athletics Federation (QAF) has announced Vodafone Qatar as the Official Platinum Sponsor of the 2021 Wanda Diamond League Doha, the second meeting of the 2021 series, which will be held at the Qatar Sports Club in Doha on May 28.

The 23rd edition of the annual track and field event is bringing together some of the world's best athletes, including reigning men's high jump world champion Mutaz Barshim, and World Championship's 400mH bronze medallist Abderrahman Samba. Other superstars at this year's event include 1500m world champion Timothy Cheruiyot of Kenya, Russia's Anzhelika Sidorova, the reigning pole vault world champion who won the title in a lifetime best of 4.95m; and Kenyan runner Beatrice chebet, the world champion in the 3000-meter hurdles and the world record holder, among others.
QAF President Dr. Thani bin Abdulrahman Al Kuwari said, “We are delighted to partner with Vodafone Qatar for the 2021 Wanda Diamond League Doha. As the Platinum Sponsor, Vodafone Qatar brings on board several years of experience in sports sponsorship,  and we believe the partnership will be  beneficial for the development of athletics in Qatar and is a sign of even greater things to come.”
As a purpose-led company, Vodafone Qatar’s sponsorship of the Doha Diamond League is the latest in a series of local events that the company is championing, as part of its support of Qatar and the country’s efforts to host local and international events across sports, entertainment and culture. Vodafone Qatar’s event sponsorship has led tothe company holding significant roles in several of Qatar’s highly successful local and international sporting events, including the 24th Arabian Gulf Cup, Katara International Arabian Horse Festival, HH The Emir’s Sword Festival 2021 and 2021 Qatar Masters Golf Tournament.
Diego Camberos, Vodafone Qatar’s Chief Operating Officer said, "Vodafone Qatar is delighted to be sponsoring the Doha Diamond League 2021. It’s fantastic to start seeing the safe return of sporting events in the country. We are honoured to hold our position as Platinum Sponsor as we welcome all of the competing athletes, and their teams, back to Doha for another year of world-class athletics. We congratulate the Qatar Athletic Foundation who have worked so hard to make this event possible today, especially given the current challenges. We look forward to playing a part in making the Doha Diamond League a success and wish all of the competitors the best of luck in the competition."

The 2021 Wanda Diamond League comprises 14 meetings - starting with Gateshead (replacing Rabat as the first host city on this year’s circuit) on Sunday, May 23 - leading to a single final across two days in Zurich at the end of the season. Each meeting will be broadcast globally in a live two-hour programme.