All set for season-ending Wanda Diamond League in Doha 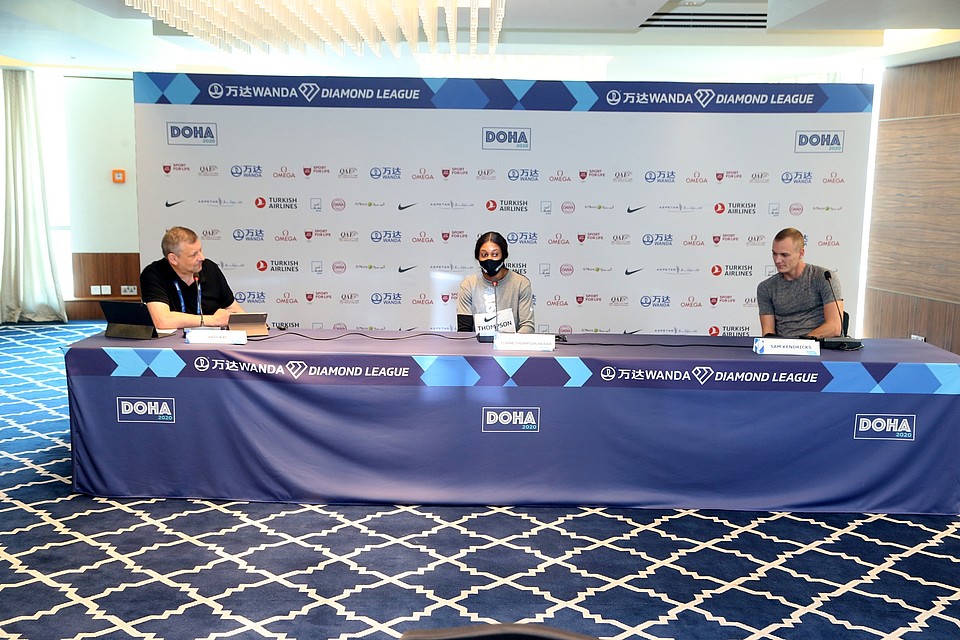 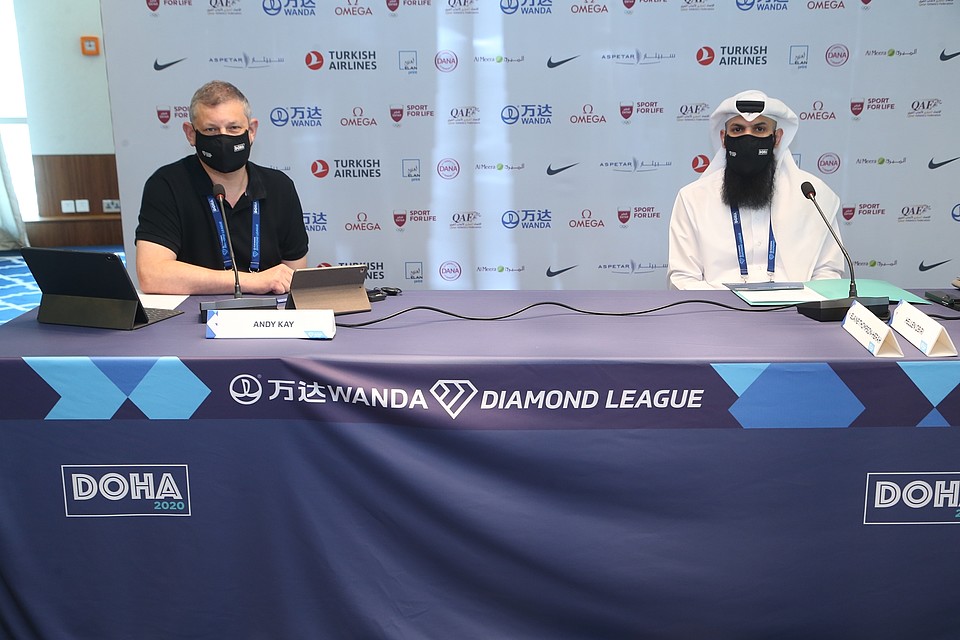 Event to feature a total of 27 Olympics and World medallists

There is excitement in the air as international athletics makes a return to Doha at the final leg of the abridged version of the 2020 Wanda Diamond League at the Qatar Sports Club, home of athletics in Doha, on Friday, September 25.

A total of 27 Olympics and World medallists, including six reigning world champions and three reigning Olympic champions, are leading a star cast of about 116 athletes who have made it to Doha this year despite the global coronavirus pandemic.

Now in its 11th consecutive year, the Wanda Diamond League in Doha is regarded as one of the most successful in the prestigious series. This year's edition is particularly significant as it rounds up a year where the global pandemic has significantly affected sports events across the world.

Addressing a press conference on Thursday, September 24, Khalid Al Marri, the Assistant Meeting Director of the 2020 Wanda Diamond League Doha, noted that the organisers had worked tirelessly to deliver an event of the highest standards in order to ensure that the international athletics family is finishing the last leg of the Wanda Diamond League in Doha with a great experience.

"It is a pleasure to host you all here once again, as we bring you this event under unusual conditions that are affecting sport globally. I want to thank each of you for joining us here today and helping us promote the very best of athletics. We wish all of the athletes the best of luck, and we hope that they have everything they need to give their best," he said.

At the press conference were the two-time world pole vault champion and the defending champion in Doha Sam Kendricks of the USA, double Olympic sprint champion Elaine Thompson-Herah of Jamaica, and the Kenyan duo of Hellen Obiri, the Olympic 5000m silver medallist and 2019 World Cross Country champion, and Timothy Cheruiyot (Kenya), the world 1500m champion, who will be competing in the 800m race.

Nothing much has changed despite the unusual year: Thompson-Herah

Jamaica's double Olympic champion Elaine Thompson-Herah said her racing and training experiences haven't changed too much despite 2020 being an unusual year in many ways.

"As a sprinter, you have to learn to block everything else out anyway, so I've got used to racing in a stadium without any fans," she said. "Nothing much has changed with my training. My coach is a genius, though, so I do what he tells me to do."

The 28-year-old who won the 100m in a world-leading 10.85 at last week's Rome meeting added that she was a little bit surprised with her run in Rome.

"I hadn't raced for a few weeks, but I knew I was capable of running fast because I'd put in the work. I'm grateful to have had the opportunity to race in Rome and Doha. I'd raced a few times in Jamaica, but the level and intensity of competition weren't the same."

Advising the upcoming generations, Thompson-Herah, the fourth-fastest in the women's 100m history, said, "Please enjoy life as much as you can, and don't rush. There are lots of opportunities ahead and take things one step at a time."

Positivity, the watchword for Kendricks

"I'm just so grateful because meeting organisers have gone above and beyond to make sure competitions can happen. It's been an adventure. We've all just kind of rolled with it this year, and that's been cool."

"Not that I don't care about the problems of the world, but they don't matter when you're standing there on the track. At that moment, it's all about how fast you can run or how high you can jump."

On his rivalry with Sweden's Armand "Mondo" Duplantis, the 18-time Diamond League winner said, "If you want to compete, especially against Mondo, then you have to get ready and be willing to jump higher than anyone did."

Duplantis jumped 6.15 in Rome last week to hold the world record in both the indoors and outdoors.

The world 1500m champion Timothy Cheruiyot will be competing in unfamiliar "territory" as he steps out on the track tomorrow to participate in the 800m race on a global stage for the first time in his career.

"I chose to do the 800m here because I wanted to test my speed endurance," he said. "All of my 800m races have been in Kenya, so I'm excited to do an 800m in the Diamond League.

The 24-year-old, who has won 16 consecutive races since his defeat by compatriot Elijah Motonei Manangoi at last year's meeting in Doha, added that he feels blessed to be able to race despite the challenges of 2020.

It's going to be like a championship race: Obiri

Hellen Obiri, the 5000m World champion and silver medallist at the 2016 Rio Games, expects the women's 3000m to be more of a championship race than a Diamond League competition considering the quality of the field in Doha.

"I expect a tough challenge tomorrow, the Cross Country champion said. "I've trained well, and when I train well I have no doubts in a race," said the world cross-country champion. "Whenever I line up for a race, I'm focused on doing my best. I don't feel the pressure. Maybe I'll do something special.

All safety and health protocols strictly adhered to

The 2020 Wanda Diamond League Doha is taking place under the highest health and safety condition with all protocols and standards necessary to safeguard the safety of all participants put in place.

As part of the measures taken, the meeting has been named a no-spectators event, and only accredited persons will be allowed in the venue.

Furthermore, the Qatar Sports Club, the event's venue, has been disinfected and sterilised, and COVID 19 tests conducted on personnel involved with the event.

The Qatar Athletics Federation (QAF) and Turkish Airlines, the event official airline, signed an agreement regarding sponsorship of the Wanda Diamond League Doha on Thursday.

Khalid Al Marri, the Assistant Meeting Director of the 2020 Wanda Diamond League Doha, signed on behalf of QAF while Mehmed Zingal, the General Manager of Turkish Airlines in Qatar, represented the airline.

"We are pleased to partner with Turkish Airlines for the Wanda Diamond League in Doha. The airline has an appreciated history of supporting sport not only in Qatar but globally, and we believe the partnership will be a rewarding experience for athletics in Qatar. We thank the airline for their efforts at making this year's event a success," Al Marri said.

Zingal said, "We are proud to be the official airline for this global event. Turkish Airlines is one of the leading supporters of sports globally, and we are delighted with the opportunity to partner with QAF in bringing some of the world-leading athletes and champions to Doha. We look forward to a rewarding future together."