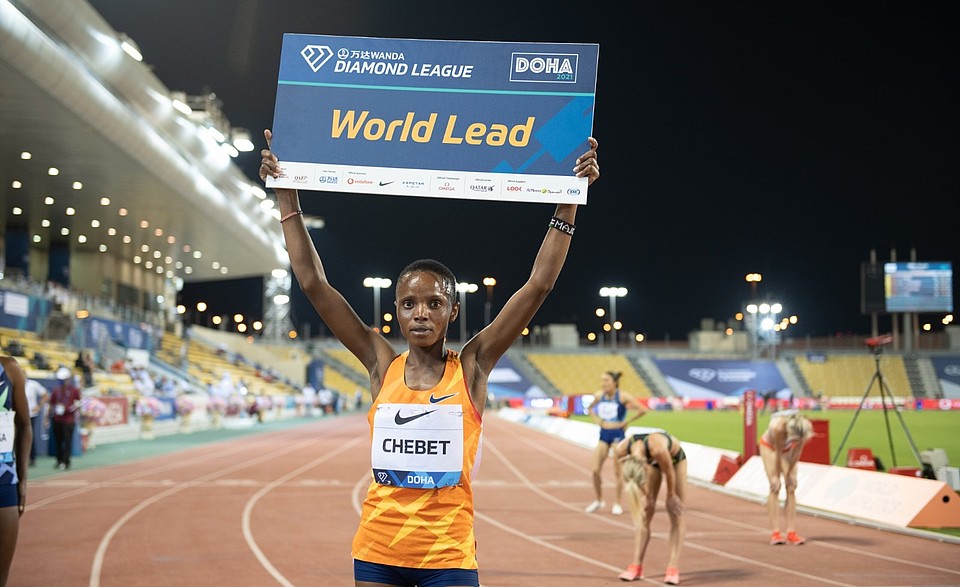 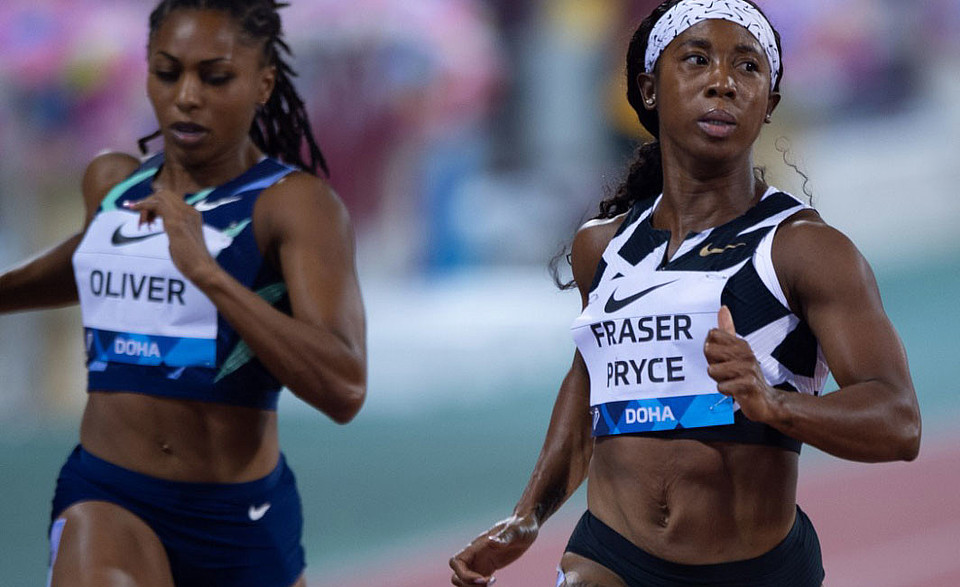 Michael Norman (USA) and Beatrice Chebet (Kenya) won the Vodafone performances of the day at the Wanda Doha Diamond League (Friday 28 May) in an action-packed meeting which lived up to expectations with six world leading performances and a host of meeting and national records.

The men’s 400m had been billed as a showdown between reigning Diamond League champion Norman and fellow American Fred Kerley and they didn’t disappoint.

Norman, who really attacked the first 100m, clocked a quick 44.27 for the win - the fastest time in the world this year and continuing his unbeaten run this year so far - with world silver medallist Anthony Zambrano (Columbia) coming through in second (44.57) and Kerley in third (44.60). In an exceptionally strong field, 2012 Olympic champion Kirani James (Grenada) finished fourth (44.61).

“I was happy to be back here...and I’m happy with the progress I’ve made,” said Norman, who said he was disappointed with his previous performance in Doha (World Championships). “I give a lot of credit to my coach for everything he does for me. We are on the right path.”

Kenya’s world U20 5000m champion Chebet was impressive when winning the women’s 3000m in a world leading 8:27.49 – also a significant lifetime best. After taking the lead in the final 200m she didn’t look back and held on for the win.

“I’m happy with my performance today,” said the talented 21-year-old who also won the junior title at the 2019 World Cross Country Championships. “It’s my first time winning in the Diamond League (and here in Doha). I didn’t expect to win. I did good today. Now I’m preparing for the Olympics...I hope to represent my country in the 5000m.”

The much anticipated women’s pole vault opened the evening’s proceedings and in a high quality competition, Katie Nageotte (USA) - who was jumping on new poles after having hers snapped on a recent flight - cleared a world lead and meeting record of 4.84m to take victory on countback ahead of compatriot Sandi Morris, the Olympic and world silver medallist and world indoor champion, who cleared the same height. Great Britain’s Holly Bradshaw was third with a season’s best of 4.74m.

“I was feeling great, it’s one of the best I’ve ever felt on the runway,” said Nageotte. “I felt very in control, very fast, very powerful. The last couple of weeks I’ve felt better than I’ve ever felt so I’m ecstatic that today went as well as it did.”

As it happened, he won in 3:30.48, but he had to work for the win as he moved into the final 100m, eventually pulling clear. Australian national record holder Stewart McSweyn came through for second (3:31.57) and Morocco’s Soufiane El Bakkali, the 2019 world 3000m SC bronze medallist, who clocked a personal best in third (3:31.95).

The late withdrawal of reigning world champion Beatrice Chepkoech (Kenya) was disappointing, but the women’s 3000m SC still delivered a series of brilliant performances with five personal best performances achieved across the field.

Kenya’s Norah Jeruto took the win in 9:00.67 ahead of Ethiopia’s Mekides Abebe who clocked a national record of 9:02.52 for second and World Championships fourth-place Mutile Yavi (Bahrain) - who benefited from Kenya’s Hyvin Kiyeng’s fall at the final water jump - in third with a personal best of 9:02.64.

Elsewhere, in addition to the women’s pole vault, there were meeting records in the women’s triple jump where Yulimar Rojas (Venezuela) - who started as favourite following her personal best and world leading jump of 15.43m in Spain on 22 May - recorded a best effort of 15.15m, and the men’s 400mH where Rai Benjamin (USA) clocked 47.38 for the win.